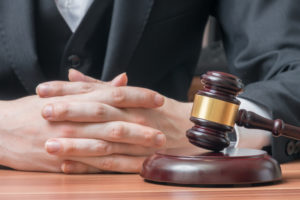 What is drink driving?

Drink driving or drunk driving, as other countries call it, generally means driving under the influence of alcohol. However, it actually includes other series of offenses. Here are some major circumstances as grounds for getting drunk driving-related charges:

What is its criminal liability?

In cases of minor accidents, the offender may just be slapped with a negligence charge. However, it could become an issue of criminal liability if a victim dies and if it is argued that the driver chose to drive knowing that he or she was drunk. As a result, the offender may have to face a bigger court case, additional compensation for the victims, and even goal time. The legal ramifications can really hit the offender’s finances, not to mention the suspension, or worst, the revocation of his or her driver’s license. As a matter of fact, the offender automatically gets his license disqualified even without the order of a court when he or she is convicted.

If you are charged, your license is automatically suspended for 24 hours upon being pulled up by the police while over the limit. Some charges involve more than a 24-hour suspension, and the offender is prohibited from driving until everything is finalized in court. But there are also certain situations where it is possible to get a special license while waiting to go to court.

What is the best way to get your license back?

There are different steps to getting your license back depending on your case and other factors. The best way to make sure your case is handled effectively to your advantage is to consult your drinking and driving lawyer. This will help you know what you’re up against and even allow you to minimize penalties.

There are serious repercussions to drink driving offense. The criminal justice system in different parts of the world varies in its standards for criminal liability. Know what you’re up against by seeking legal advice from your drinking and driving lawyer.

If you are charged with fraud, assault or another crime, you should get a criminal legal aid solicitor that handles cases of that sort. If you are facing impaired driving charges, you should make a point of engaging a drink driving lawyers who have current experience handling cases that involve driving with excess alcohol and other drink driving offenses.

Drink driving offenses fall into four primary categories, each of which carries a mandatory sentence. If you are convicted, the court has limited discretion in assigning a punishment. That’s one of the reasons that it’s important to have the advice of an experienced drink driving solicitor.

The difference between being charged with driving with excess alcohol and driving while unfit is that the police must have a specimen proving that you were over the drink-drive limit. If the police do not have a specimen, they can instead charge you with driving while unfit, and use as evidence an opinion provided by a police officer or doctor regarding your condition and suitability to drive. 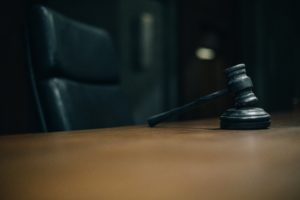 A drunk driving conviction can add considerable stress to personal relationships, cause issues with colleges and universities and can keep you from holding sure jobs. You’ll presumably have to be compelled to wear down severe psychological problems yet. While some legal matters may be handled alone, a drunk driving arrest wants the legal recommendation of a good Scarborough criminal lawyer.

An experienced drink driving lawyers near me has the knowledge, expertise, and compassion to assess your situation and advocate the best course of action. A decent DUI lawyer can have specialized knowledge in this area, as well as knowledge of traffic laws, criminal defense, and drug defense. Additionally, a good drinking and driving lawyer may challenge.

Remember that you have the right to advise from a criminal legal aid solicitor any time you are taken to the police station or asked to present yourself at the police station. Don’t face charges on your own. Call Saggi Law Firm experienced drinking and driving lawyer for help.