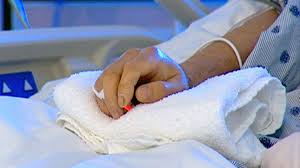 On February 6, 2015 the Supreme Court of Canada struck down a federal law that criminalized doctor assisted death. The Supreme Court ruled that the law infringed on a person’s right to life, liberty and security as set out in the Canadian Charter of Rights and Freedoms.

The Supreme Court’s ruling that the law is unconstitutional. However, as it stands it is still illegal to seek doctor assisted-assisted death. The government has to change Criminal Code of Canada to reflect the Supreme Court’s decision.

The changes apply to competent adults only who have clearly consented to ending their life and are intolerably suffering from a grievous medical condition.

The decision was unanimous.

Those who seek physician-assisted death do not necessarily have to be dying but suffering intolerably from a grievous medical condition.

Only doctors can administer a means of accelerating death, no other medical professional can do this.

For more information on the ruling clicks the links below:

Learn more about our other Services in Brampton: