If you have applied for a bail-in Canada, then your bail hearing lawyer must be present at the bail hearing along with the defendant, as the judge will inform about their various obligations and responsibilities. The attorney understands all the legal matters and can make the whole process go smoothly for the defendant. If you have been arrested, the next part of the process is to go to a bail hearing Canada.

Bail is the temporary release of an accused person while your charges work their way through court toward resolution. In Canada, what we call “bail” is technically called judicial interim release. If the police believe it is necessary to detain you rather than release you after the arrest, they have to bring you to court, to appear before a justice (judge or a justice of the peace), within 24 hours or “as soon as possible” if justice is not available.

Release on consent or show cause?

When you’re brought in to bail court, your criminal lawyer peel will talk to the prosecutors, find out what they are alleging, and see whether they can agree that you should be released on bail, and on what conditions. If you agree to the terms that are suggesting, you may be released on consent before the justice. You will still need to appear in court (possibly by video rather than in person), and the justice will read out your conditions, confirm that everybody is agreed, set your next court date, and you and any sureties will need to stick around to sign the papers. If we believe you should not be released, or if you can’t come to an agreement about the conditions, there will have to be a show cause bail hearing in Brampton Canada – more commonly known as a bail hearing.

At bail revocation hearing Brampton, the default position is supposed to be that you will be released, and we must show cause (prove) that you should stay in jail until your matter resolves. There is, however, a long list of situations in which the responsibility is flipped, and the defense must provide evidence to prove that release is appropriate. This is called “reverse onus” and the reverse onus situations include: certain offences alleged to have been committed while already on bail, or alleged offences that would be breaches of existing conditions; where the accused is “not ordinarily resident in Canada”; certain offences alleged to be committed for a criminal organization, or alleged terrorism offences; offences involving firearms or prohibited weapons; and for some of the drug offences that are considered more serious.

A judge or Justice of the peace may issue a warrant for the arrest of the accused if he or she is satisfied that there are reasonable grounds to believe that an accused has violated or is about to violate the terms of bail or has committed an indictable (serious) offense. The same applies if the accused fails to show up for court.

In a bail hearing in Canada, the judge has many options but must release the accused on the least restrictive terms possible. You may be released on your promise to appear at the trial. Otherwise, if lawyer shows cause why you should not be unconditionally released, the judge may put conditions on your release.

These conditions could include 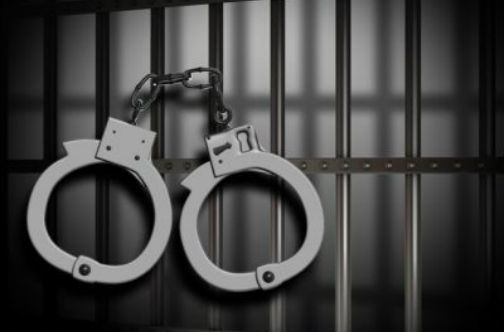 Whether you’re released on consent or after a bail hearing, your release will be in one of the forms shown in the graphic. In practice, if they do not consent to release and there is a bail bond hearing Brampton, they will stick to the top of the stairs and the defense will propose a bail plan that stands somewhere partway ups the stairs, with restrictions and conditions that are realistic and that the justice might consider reasonable.

The more reason the court has to believe that you might flee, commit another offense, or be a risk to public safety, the more restrictive your bail plan must be to be acceptable. This is what your criminal lawyer Brampton is considering when he or she suggests that you will need a better plan.

Where a person is in custody and the police decide not to release the accused under a police-authorized mechanism, the accused must be brought before a judge to determine if they should be released on bail. A bail is a form of contract between and the surety, where the releases the accused in exchange for the guarantee that the accused will abide by the terms of release.

Mandeep Saggi at Saggi Law Firm prides himself in providing clients with quality criminal defence and support during the most difficult time of one’s life that being when they are charged with a criminal offence. He is best known for his speedy responses and 24/7 availability for his clients, as well as his outstanding track record of meeting or exceeding the expectations in all sorts of criminal law matters.