A person who drives a motor vehicle, bicycle, electrical assisted bicycle, or low power scooter, in a careless and imprudent manner, without due regard for the width, grade, curves, corners, traffic, and use of the streets and highways and all other attendant circumstances, is guilty of careless driving.

A primary reason the Careless Driving allegation is so common is that the charge itself is vague, and open-ended, to the point whereby any type of deviation from routine driving can be considered to be Careless Driving. Thus it can be argued to be applicable in almost any potential circumstance. careless driving lawyer Brampton is the one who is capable and knowledgeable enough about Careless Driving and its laws.

Here are some checks you should do before choosing Careless Driving lawyer Brampton:

Track record roughly means the standing of the lawyer in the court, in the society. Does it mean how many cases he has won? If he has not won too many cases then you should better hurry to some other lawyer.

You will also have to check about the amount of time he/she has served in the court of law. That matters too. You don’t want to be his career starter.

Price is one issue you should be clear about. You will have to select an impaired driving lawyer whose price is affordable to you. There is no rush about that. You don’t take any decision in panic. You too well know how much time these cases take.

Cases rely on complex and technical medical and scientific evidence gathered at the time of your arrest and it is this evidence that your lawyer will focus on when they prepare your defense. If you are in need of a Careless Driving lawyer near me then you should remember that they are different in different states.

In addition to being issued when a person is deemed to have driven carelessly, as the sole offense, a Careless Driving allegation is also frequently issued in conjunction with a speeding violation. This happens if either the officer believes the speeding was, in and of itself, careless, or there was some other independent action of the driver, not directly due to the speed, which the officer believes was careless given the speed the vehicle was traveling. Quite often this additional independent alleged traffic violation is some form of aggressive driving.

Another reason the Careless Driving violation is frequently issued is that Careless Driving can be alleged against a driver for driving that takes place upon private property. Often this is a privately owned and operated parking lot. In contrast, most traffic citations can be issued only for alleged driving violations occurring on public streets and roadways and cannot be issued for a violation alleged to have occurred upon private property.

In addition to Careless Driving being a vague and open-ended potential misdemeanor traffic offense, the law also sets forth certain specific instances when a person can be considered to have driven carelessly. For instance, bicycle riders are provided certain rights when riding upon a roadway. If a person drives a motor vehicle, in a careless and imprudent manner, unnecessarily close to, toward, or near a bicyclist, the driver is deemed to have driven carelessly.

Perhaps the most pervasive, and surprising circumstance to drivers, is when the charge of Careless Driving is made after there has been a vehicle accident, often regardless of the actual cause and no matter whether the accident is serious or minor. Typically, when an accident takes place, the individual responsible is guilty of violating a relatively specific, and limited in scope, a traffic infraction. Such traffic infractions include following too closely, in the event of a rear-end collision, or failing to yield to approaching traffic when making a left-hand turn, or disregarding a traffic control device, such as a red light or stop sign, in collisions taking place at intersections. 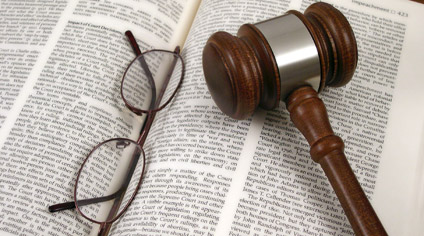 Although it is typically the case that a person in an accident may more accurately be considered guilty of a specifically defined, and limited in scope, traffic infraction, law enforcement officers will routinely issue the vague and substantially more serious misdemeanor traffic offense charge of Careless Driving. This is due, to a large extent, to the later availability to the prosecution of more severe penalties, and also a potential order for restitution being issued against the driver convicted of Careless Driving. That is why it is very important to hire a competent law firm in Brampton

Typically cases are dealt with and heard within the state or jurisdiction in which the offense took place, so it is important that you find a drinking and driving lawyer who practices within that area. This is because every state will make its own laws and legislation with regard to driving offenses and only lawyers who practice within the area will have the up to date knowledge of the most recent legislation and procedures. Saggi Law Firm will know the court personnel, the judge presiding over your trial and other legal personnel involved in your case. They will also know all the legal procedures which have to be followed and can advise you on the possibility of entering into a plea bargain.