Saggi Law Firm prides itself in providing clients with high-quality criminal defence and support during the utmost difficult time of one’s life that is when they are charged with a criminal offence. He is best known for his speedy responses and providing his direct line: +1 647-983-6720 available 24/7 for his clients, as well as his outstanding track record of meeting or exceeding the expectations in all sorts of criminal law matters.

Since 2009 Mandeep Saggi has built a reputation as being a criminal defence lawyer in Brampton who vigorously fights for his client’s rights. 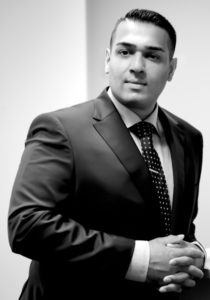 Mandeep Saggi graduated from York University in 2007 with a Bachelor of Arts B.A. He obtained his Bachelor of Laws degree LL.B in 2009 from the University of Leicester in the UK and articled for a Toronto Criminal Law Firm.

Brampton is a Canadian city in Ontario’s Greater Toronto Area. Its Peel Art Gallery, Museum, and Archives are housed in 19th-century and contemporary buildings. In the center of downtown is the Rose Theatre, a major performing arts venue. In front, Garden Square hosts big-screen movies and live events. Green spaces include Gage Park with its floral gardens. To the north sits Historic Bovaird House, a Victorian home.

The city was once known as “The Flower Town of Canada”, a title referring to its large greenhouse industry. Nowadays, Brampton’s major economic sectors include advanced manufacturing, retail administration, logistics, information and communication technologies, food and beverage, life sciences, and business services.

TOP 5 MOST POPULAR PLACES TO VISIT IN Brampton, ON