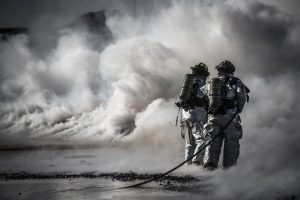 Fire damage can generate greater total losses than almost any form of catastrophe. Sadly, when it happens, insurance companies sometimes drag their feet helping to recoup fire loss claims from those tragic damages.

When making a claim, do so with the backing of a dedicated attorney such as Mandeep S. Saggi and Toronto’s Saggi Law Firm to keep pressure on the provider to pay the due damages.

Insurance providers will frequently pursue end-runs around actually paying out fire loss claims, including suggesting a fire was caused by arson, claiming that initially provided information on the policy application was misleading in order to avoid the policy completely, and avoiding a policy under accusations that the homeowner altered the character or use of the property without notifying the provider.

Mandeep S. Saggi is here to hold the insurance company to what they’ve promised and refuse their escape from their obligations. A fire has just consumed your property and with it, a large part of your life. You expect your insurance provider to stand behind you. The Saggi Law Firm refuses to let them just walk away unscathed.